The question to what extent you as a young production company should – or must – make concessions when entering the highly competitive video industry is one that almost all young producers ask themselves.

We at Cinevision have a clear opinion on this: No, it makes no sense. No sense at all! Why?

Because on the one hand a client who chooses his video production only on the basis of costs (or just: willingness to work for free) will insist on absolute low costs later on and you as a young film production will lose a client faster than you can say „Oops“ if you insist on more budget.

Let’s take a more differentiated look at the matter: and dont forget to visit our website https://www.cinevisiontv.com/. 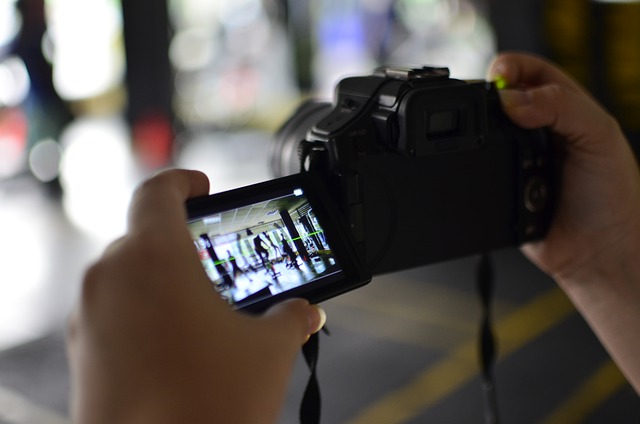 This way, both parties win. The non-profit organization because it gets a top product at a low price. The production company, because it can acquire new clients with an award-worthy film.
Free work only works if the film is above average at a below-average price. This does not always happen, nor does it happen automatically.

With small-minded clients with a huckster’s mind, this is the exception, not the rule. Often, especially with inexperienced clients: the demands are in inverse proportion to the budget. Young film productions are often not aware of this.

In real life, you can’t buy Hollywood in a supermarket at a bargain price. Therefore, remember: There is a fine line between supporting and abusing.

Finding the right client for a young film production

Even today, good clients are still willing to pay fair prices for above-average work. The online film cost calculator from Cinevision provides guidelines for this.

The need for fair compensation for work is not changed by ever lower entry barriers (cameras and editing computers are becoming cheaper and cheaper). Why? Because smart clients have understood that good films are not good because of the technology. But because of the talent of the filmmaker.

This is an opportunity for young film productions. Especially if they succeed in getting well-known talents to work with them.

Technology is the means to an end. Not an end in itself. Of course, an image in a film must have the right sharpness. But that is not an achievement of the filmmaker, but an absolute matter of course in the film business. Anyone who argues like this as a young film production is a bloody, technology-loving beginner. You won’t win a pot of gold with that.

The situation is completely different with your own projects. If you realize and produce your own film as a young film production, you will of necessity work for nothing or almost nothing. But everything, really everything, is in your own hands.

In this case, there is no client who stands in the way of the creative process with his own wishes („please exactly like this, but completely different!“). And no cheap excuses as to why one’s own talent should not manifest itself in top form. The stakes are high – but if the va banque game succeeds, fame and glory reward the toil of the work.

What can be deduced from this?

Two things a young film production can learn from it:

Work at low prices is justifiable for a good cause. This can be of a social nature or also be due to the own fun factor. In the long run, however, this is only possible if fairly paid work and special conditions are in balance.

Surreal low prices alone are not a sustainable feature of the positioning of a young film production. Hope lives longest. But you can’t live on hope alone any more than you can live on air and love.

No concessions to quality

Where work is done at low prices, no concessions must be made to creative quality. Sounds simple. But it isn’t. Especially not for a young film production. Even developing a story, a storyboard or a music video requires talent.

If you can make a film, you can’t necessarily think and write a film. Here, at best, collaboration with like-minded people is worthwhile. There are just as many authors who want to finally show the world what they can do as there are directors who are waiting for their breakthrough and are willing to shoot material for their own showreel in front work.

So what to do with clients who want to sign a young film production at a low price?

Again, there are two paths for young video productions:

If you pay peanuts, you will get monkeys!

Either make it clear to the client that if you pay with peanuts, you can only hope for monkeys.

Or follow the example of a smart young producer who courageously offered his client, a well-known financial group, two options with his young film production: Either to produce the film at the required low price and in return to insert the name of the production company in the film in the upper right corner (as self-promotion), or to purchase the film without the name insertion, but then at the offered price. The customer, not surprisingly, opted for the second option.

It is also important for a young production company to keep in mind that even a film or video made free of charge does not release the parties involved from a contractual arrangement of the cooperation between them and the rights of use. Especially if the work still affects the rights of third parties.